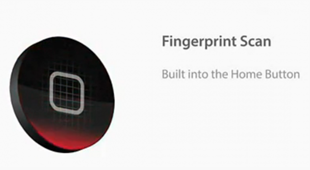 As we rely more and more on cloud services to easily store and retrieve our data online, we also make ourselves more and more accessible to data theft and manipulation.

At the Interop IT conference in Las Vegas, Barrett took the keynote stage and told the audience: "We have a tombstone here for passwords," whilst pointing at a slide with the years 1961-2013 upon it.

He could well be correct, and Apple may lead this area with persistent rumours of a fingerprint scanner to be featured in the next iteration of the iPhone.

This security is not necessarily fool-proof however; in fact anyone who’s seen a couple of spy films will know it’s not hard to “lift” a fingerprint. This solution would be most secure as a “two-step” authentication, say through scanning your fingerprint then asking for a password.

But unless made quick and painless, it begs the question how many will actually use this?

Luckily say, an iPhone, something which is already in your hand, will be convenient.

Barrett is also currently the president of Fast Identity Online (FIDO) an alliance formed two years ago in the hope of providing a rapid, open-protocol which he hopes will become industry-standard.

Interestingly, he himself made strong hints at the next iPhone.

"It's widely rumoured that a large technology provider in Cupertino will come out with a phone later this year that has a fingerprint reader on it," Barrett noted, going further to say: "There is going to be a fingerprint enabled phone on the market later this year. Not just one, multiple."

Biometric security is something Mat Honan of Wired is sure to wish he had, after hackers destroyed his “entire digital life in the span of an hour.”

You may be thinking, “Perhaps he’s one of these fools who sets ‘password’ as their password”? But he’s a smarter chap than such, and assures us his passwords “were all robust—seven, 10, and 19 characters, respectively, all alphanumeric, some with symbols thrown in as well.”

It’s a very interesting article – and well worth a full read; but to sum up, because all of his accounts were linked, once the hackers had compromised one, they had them all.

What do you think, are we overdue an age of biometric security? Will the technology become standard this year, perhaps courtesy of devices like the next iPhone?