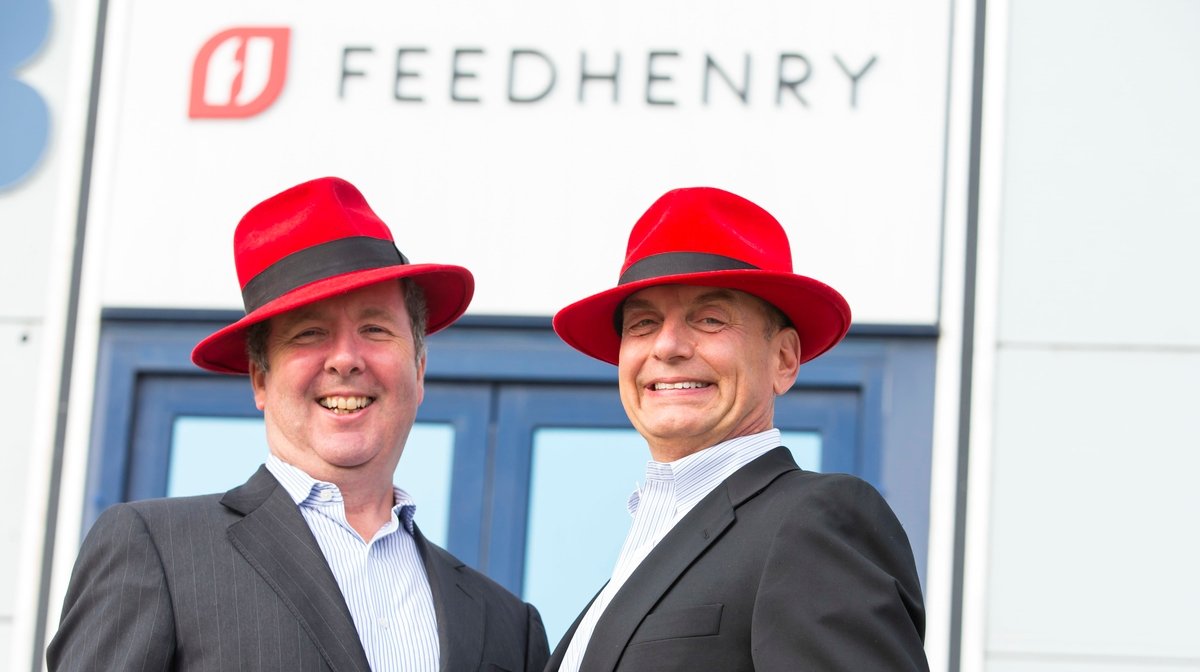 By James Bourne | 19th September 2014 | TechForge Media http://www.cloudcomputing-news.net/
James is editor in chief of TechForge Media, with a passion for how technologies influence business and several Mobile World Congress events under his belt. James has interviewed a variety of leading figures in his career, from former Mafia boss Michael Franzese, to Steve Wozniak, and Jean Michel Jarre. James can be found tweeting at @James_T_Bourne.

Yesterday, news broke that open source tech firm Red Hat had acquired mobile backend as a service (MBaaS) provider FeedHenry. The move plays into Red Hat’s needs to increase its footprint in the mobile space, as well as FeedHenry’s desires to increase its bidding power globally.

Here’s what we know so far:

For McGloin, there was a definite synergy between the two firms. Both companies see Node.js as an emerging development technology. Both see OpenSource as a key part of their company ethos.

“As we worked together, it became obvious that there was a meeting of the minds,” he told Enterprise AppsTech. “We’ve been thinking about how we grow and scale. We’ve only had one round of funding, we needed to grow, we needed to be in more countries.

It became obvious there was a meeting of the minds

“That’s where we decided that the best way to do that was to partner with someone like Red Hat.”

“We’ve been looking at mobile for a while,” Piech said. “It’s obviously very important, an exploding segment.

He added: “We’ve been doing some things in the mobile area already. We knew we wanted to expand into a much wider set of capabilities at a much faster rate than we were doing with our organic growth here.

“Traditionally JBoss middleware has very strong roots in Java, and Java EE in particular [Oracle’s enterprise Java offering], but we’ve been building a strong polyglot story, we’ve known we want to expand and support a wider range [of technologies], and Node.js is probably the fastest growing new non-Java technology on the enterprise front – so that was very interesting and very exciting for us.”

In a blog post outlining the deal, FeedHenry CTO Micheal O’Foghlu spoke of a culture fit to become part of an organisation that values engineering talent.

We now have a firm ability to stand up to the likes of SAP and IBM, and they can no longer diss us

McGloin has another reason to sell: to beef up against its rivals. The CEO told of a call with a customer earlier in the day who welcomed the news – of the three platforms they were looking at using, the problem with all three was they were all small companies. Until yesterday, that is.

“Apart from the brand name…one of the things we have now is a firm ability to stand up to the likes of SAP and IBM, and they can no longer diss us with ‘hey, they’re small companies, they won’t be around in a couple of years,’” McGloin said.

“That’s where we’ll stand apart from some of the other newcomers in the MBaaS space,” he added. “We’ve got brand, and we’ve got financial strength behind us – and that’s huge.”